VANCOUVER, Jan. 7, 2019 /PRNewswire/ - IDM Mining Ltd. (TSX-V:IDM) (OTCQB: IDMMF)("IDM" or the "Company") and Ascot Resources Ltd. (TSX.V:AOT, OTCQX:AOTVF) ("Ascot") are pleased to announce that they have entered into a definitive arrangement agreement (the "Definitive Agreement") pursuant to which Ascot will acquire all of the issued and outstanding common shares of IDM (the "Transaction"). Each IDM shareholder will be entitled to receive 0.0675 of a common share of Ascot for each share of IDM held (the "Consideration"). The Transaction will consolidate Ascot's Premier Gold project ("Premier") and IDM's Red Mountain project ("Red Mountain"), to create the leading high-grade gold development and exploration company in northwestern British Columbia's Golden Triangle. The combined entity will benefit from numerous operational and development synergies.

The Consideration values IDM at approximately C$0.086 per share, representing a premium of approximately 54% to IDM shareholders based on the trailing 20-day volume weighted average price of each company as of the close of trading on January 4, 2019.  Upon completion of the Transaction, it is expected that IDM shareholders will hold approximately 16.7% of Ascot shares on an outstanding basis.

Highlights of the Transaction:

Derek White, President & CEO of Ascot, commented: "The combination of Ascot and IDM creates a very attractive opportunity in northwest British Columbia's Golden Triangle for our shareholders and stakeholders. Based near the historic mining town of Stewart, this area has hosted several prominent, profitable, and high-grade gold mines and we see that similar potential going forward.  At this time in the gold sector, scale is important and together with the Red Mountain project, the larger company will hopefully become a prominent gold developer in terms of both grade and tonnage. In addition, the company will have experienced people with deep local knowledge and backgrounds in exploration, underground mine development, finance and mining operations, which will ultimately maximize value for shareholders. Our vision is to build profitable gold mining operations based out of Stewart, BC. and the surrounding communities. I would also like to take this opportunity to welcome Andree St-Germain, a current Board member of the IDM board to the board of Ascot along with Robert McLeod, Ryan Weymark and Dave Green as members of the team upon the closing of the Transaction to help realize our vision. I am excited for what lies ahead in 2019 and beyond."

Robert McLeod, President & CEO of IDM, further added: "In addition to long-term value for both shareholders of Ascot and IDM, this combination provides a critical mass and optionality for development of multiple high-grade gold deposits which will result in significant stakeholder benefits for citizens of the Nisga'a Nation, for my hometown of Stewart and for my friends in the border town of Hyder. The combined company will control two geological trends hosting significant exploration ground in the Golden Triangle, which remains highly prospective for additional gold-silver discoveries."

Pursuant to the terms of the Definitive Agreement, each IDM shareholder will receive 0.0675 of a share of Ascot in exchange for each IDM share held. Each IDM warrant will be converted into an Ascot warrant per the terms of its warrant certificate. IDM stock options will be exchanged for replacement options under Ascot's stock option plan or cancelled without payment in accordance with the plan of arrangement (the "Plan of Arrangement").  The Definitive Agreement includes customary provisions, including non-solicitation, right to match, and fiduciary out provisions, as well as certain representations, covenants and conditions which are customary for a transaction of this nature. The Definitive Agreement provides for a C$2.0 million termination fee payable by IDM to Ascot in certain circumstances and a reciprocal expense reimbursement fee of C$500,000 payable under certain circumstances. The Transaction is expected to be completed by way of a court approved Plan of Arrangement under the Business Corporations Act (British Columbia) (the "Arrangement") and will require the approval of (i) at least 66⅔% of the votes cast by IDM securityholders; (ii) at least 66⅔% of the votes cast by IDM shareholders; and (iii) if applicable, a majority of the votes cast by IDM shareholders present in person or represented by proxy at the IDM special meeting, excluding, for this purpose, votes attached to IDM shares held by persons described in items (a) through (d) of Section 8.1(2) of Multilateral Instrument 61-101 – Protection of Minority Security Holders in Special Transactions. Ascot will provide IDM with a C$3.35 million secured convertible bridge loan (the "Loan") to improve IDM's liquidity until closing. The Loan will have an interest rate of  CDOR plus 9% per annum and is convertible into IDM common shares at C$0.0857 per share.  If the Definitive Agreement is terminated, the Loan will become payable within 30 days or six months of termination, depending on the circumstances. If Ascot converts the Loan into IDM common shares it will not vote its IDM common shares at the IDM shareholder meeting to approve the Transaction.

Concurrent with entering into the Definitive Agreement, Ascot signed a term sheet with Sprott Resource Lending for a Convertible Note of US$10 million (the "Note"). The Note will mature in two years with an interest rate of 8% to 8.5%, and may be paid in cash or common shares of Ascot. The Note is convertible into Ascot's common shares at a conversion price of C$1.50 per share. The terms of the Note remain subject to the review and approval of the TSX Venture Exchange and the parties entering into the definitive documentation.

Closing of the Transaction is subject to the receipt of applicable regulatory approvals and the satisfaction of certain other closing conditions customary in transactions of this nature, and is anticipated to be completed by the end of March 2019.

The Ascot shares to be issued under the Arrangement have not been and will not be registered under the U.S. Securities Act of 1933, and may not be offered or sold in the United States absent registration or applicable exemption from registration requirements.  It is anticipated that any securities to be issued under the Arrangement will be offered and issued in reliance upon the exemption from the registration requirements of the U.S. Securities Act of 1933 provided by Section 3(a)(10) thereof. This press release does not constitute an offer to sell, or the solicitation of an offer to buy, any securities.

Board of Director's Recommendation and Voting Support

Directors and officers of IDM along with IDM's largest shareholder, Osisko Gold Royalties Ltd, holding in the aggregate 18.86% of the outstanding IDM shares, have each entered into customary voting and support agreements to, amongst other things, vote in favour of the Arrangement at the special meeting of IDM securityholders to be held to consider the Transaction.

Haywood Securities Inc. is acting as financial advisor and Blake, Cassels & Graydon LLP is acting as legal counsel to Ascot.

Raymond James Ltd. is acting as financial advisor and DuMoulin Black LLP is acting as legal counsel to IDM.  Borden Ladner Gervais LLP is acting as legal counsel to IDM's Special Committee.  Raymond James Ltd. and Cormark Securities Inc. each provided a fairness opinion to IDM's Special Committee and board of directors indicating that the Arrangement is fair from a financial point of view to the shareholders of IDM subject to the assumptions, limitations and qualifications set out in such fairness opinion.

Ascot and IDM will host a joint webcast and teleconference on January 7th at 1:15 p.m. PT/4:15 pm ET to discuss the Transaction. Derek White and Robert McLeod will lead the discussion and will be available to answer questions at the end of the call.

The webcast can be accessed through the Investor page of Ascot and IDM's web sites or by clicking on the following link: http://services.choruscall.ca/links/ascot20190107.html. The live call may be accessed by dialing 1-800-319-4610 for North American callers, or 1-604-638-5340 for International callers.  Callers should dial in five to ten minutes prior to the scheduled start time, and ask to join the "Ascot IDM Golden Triangle Consolidation Call." The webcast will be available on demand at the same link for 3 months following the live event.

For more information about Ascot and IDM, please refer to each company's profile on SEDAR at www.sedar.com.

John Kiernan, P.Eng., Chief Operating Officer of Ascot Resources Ltd., and Robert McLeod, P.Geo., President and CEO of IDM Mining Ltd; are each Qualified Persons (QP) as defined by National Instrument 43-101 and have reviewed and approved the scientific and technical contents of this news release of Ascot and IDM, respectively.

Ascot is a gold and silver focused exploration company with a portfolio of advanced and grassroots projects in the Golden Triangle region of British Columbia. The company's flagship Premier project is a near-term high-grade advanced exploration project with large upside potential. Ascot is poised to be the next Golden Triangle producer with an experienced and successful exploration, development and operating team, coupled with a highly regarded major shareholder.

IDM is an exploration and development company based in Vancouver, BC, Canada focused on advancing the Red Mountain gold project towards production.  The 17,125 hectare Red Mountain project is located in northwestern BC, 15 km northeast of the mining town of Stewart.  In 2018, IDM announced a 20.7% increase in high-grade, near-surface measured and indicated resources at Red Mountain.  Located near a paved highway and grid power, IDM envisions bulk underground mining methods, with gold-silver doré produced on site. The Red Mountain project is one of the most advanced gold projects in Canada. It was recently granted its Provincial Environmental Assessment Certificate, with a Federal Environmental Assessment Decision expected in January 2019.

On behalf of the Board of Directors of Ascot Resources Ltd.

On behalf of the Board of Directors of IDM Mining Ltd.

The TSX Venture Exchange has not reviewed and does not accept responsibility for the adequacy or accuracy of this release. 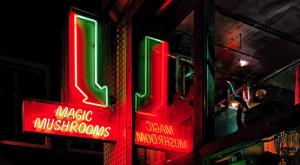