(Article 14 of the law of May 2, 2007 on the disclosure of significant shareholdings)

According to Agfa-Gevaert NV’s bylaws, the threshold as from which a shareholding needs to be disclosed, has been set at 3%, 5% and a multiple of 5%.

In conformity with the Law of May 2, 2007 regarding the disclosure of significant shareholdings in listed companies, Agfa-Gevaert (Euronext: AGFB) discloses the following declaration:

Notifications of important shareholdings to be made according to the Law of
May 2, 2007 or Agfa-Gevaert NV’s bylaws, should be sent to viviane.dictus@agfa.com.

About Agfa
The Agfa-Gevaert Group develops, manufactures and distributes an extensive range of analogue and digital imaging systems and IT solutions, mainly for the printing industry and the healthcare sector, as well as for specific industrial applications.
Agfa’s headquarters and parent company are located in Mortsel, Belgium.
The Agfa-Gevaert Group achieved a turnover of 2,247 million euro in 2018. 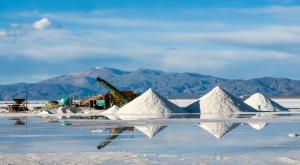