1. The Exodus From Major Cities:
I've been saying for a long time now that people will start to move out of the overpriced cities and into surrounding areas in direct proportion with the acceptance of remote working. This is nothing new, I've been saying this for years, and we’re now starting to see this coming into force at a rapid rate thanks to technology like Zoom and remote working. The data also backs this up.

The CEO of Redfin just reported that search traffic has moved from the major cities to smaller cities and towns. Roughly 25% of now remote workers will simply never go back to working in an office as this entire situation has proven that remote working works just fine. The big cities were already losing people to the smaller cities, due to the increase of the advent of remote working. Also, as families or couples get older, they often prefer to move out of the hustle and bustle to more quiet locations such as the suburbs, or in Europe this is smaller towns and villages.

Whereas we have the polar opposite with the younger generation, who want to move into apartments in the hustle and bustle of the big cities. The problem is, and if we look at cities like London, LA, San Francisco. Having a good standard of living in terms of your housing situation in the big cities is shocking.
So the higher end houses in the big cities are going to get hit the hardest as people realise that they don't need to sacrifice their living standards anymore.

Last time I taught you that housing crashes are caused by two things:
1. Rising unemployment
2. Rising interest rates.
We've already got The Perfect Storm with the insane unemployment right now, so as soon as you see interest rates going up, that's when you need to panic. Because things are going to get crazy at that point with quite possibly the biggest housing crash ever recorded in history.

People are missing rent and mortgage payments by the millions right now.

3. Generations
If you think about the different people who buy houses:
Let's take the first group of home buyers, couples and families, which make up the largest market share. There is more than 25% of unemployment right now just in the USA & Shadow stats actually puts this ABOVE 40%, combined with stricter lending criteria. So that takes a chunk out of the largest market of buyers, because many of these people are now priced out of buying a home.

Next, we have landlords wanting to expand their portfolio. Landlords are not buying investment houses. This takes another chunk of buyers out of the market.

Finally, we have speculators, also known as flippers.
They can't afford to time the market wrong, or they could lose every penny of profit they would have made. So they’re also being very cautious and many of them are not buying anything right now unless it's heavily discounted. This takes another chunk out of the buyers market.

Conclusion:
So the BIG question is: Are we still heading into the biggest housing crash our planet has ever known? Well I think this could be the case but again, depending on how the next few months play out will give us a more accurate forecast.

I still don't think we're going to have a good picture on house prices until at least after the Summer.

So if you're a first-time home buyer and you're buying a fairly small and conservatively sized house, I don't think you're going to be too badly affected. I do think prices will drop but not by a huge amount, and they will recover, so I wouldn't worry about it. But if you're buying a larger, more expensive home, yeah, personally I would wait. Because I do think these prices are going to be coming down due to a lack of affordability, making it a buyers market in the near future.

But overall I think many countries' house prices are going to come down.
Canada is going down, but the benefit that Canada has over most of the other countries, is that the Canadian market is still a sellers market right now, but don’t expect this to continue forever.

Australia is going down. The UK is definitely going down. Many European countries are also going down. And of course, many Counties & Cities in the USA will see falling house prices as I predicted last month.

This is going to be a Global Recession unlike anything the World has ever seen. But the biggest risk we have right now is high unemployment and uncertainty in the marketplace.
https://www.youtube.com/watch?v=9DCYoHpHFE8
Melden

Mortgage Crisis has Begun Mass Foreclosures & Mortgage Market Mayhem.
4.7 million Americans cannot pay their mortgages right now.
That's a million and a half more than in 2008.
In May, 8.8% of mortgages are in forbearance.
One-third of the American tenants stopped paying their rent.
Millions of Americans unable to pay May's rent and mortgage.Up To 30% Of All Mortgages Will Default In Biggest Wave Of Delinquencies In History.
The Mortgage Market Is On The Verge Of Collapse. The Mortgage Crisis has Begun, with mass foreclosures and mortgage market mayhem.
Americans affected by the coronavirus pandemic are struggling to pay their rent when they have lost income.
More and more tenants are protesting, paying their rent.
Missed rent, in turn, adds up to landlords who can’t pay their mortgages or property tax.
And then cities and states will struggle to provide the basic services that tax payments fund.
Tenants can't pay their rent.
Then owners can't pay their bank mortgage.
Then the banks collapse. Welcome to the future, folks.And what about the Ponzi scheme that allowed the mortgages to exist at all?
A Ponzi scheme with no incoming payments collapses.  And that is exactly what is going to happen.  But don't worry, the bank executives will be just fine.
The economy’s dead, and as is standard practice these days, the autopsy report will make no mention of pre-existing conditions or diseases, it will just say Corona.
In Los Angeles County, they announced tax increases starting June. So a bunch of people lost their jobs, and oh yeah, your taxes have gone up.
It is insane that construction workers pay more in taxes than amazon or Jeff Bezos, who’s worth around 130 billion dollars.
State and Federal government tax everyone at an average rate of 7% on everything. Corporations get their money from the exploitation of the working class' labor.
Large corporations got their tax breaks even when the economy was booming. Ordinary folks can't get a break even when they can't pay.
April and May are pretty irrelevant. real estate investing for beginners,how to invest,how to invest in stocks,how to invest in real estate.The crisis has barely even hit. Just wait and see how those numbers change in the next few months after the real fallout from this crisis hits and after the unemployment money potentially runs out.rent strike,rent freeze,real estate,real estate investing .
The first $2.2 trillion bailouts will take us out to about the beginning of summer. Then what?
stock market,stock market investing,how to build wealth,how to build wealth fast,how to invest in your 20s,how to save money,how to be a millionaire,stimulus,free money,how to be a millionaire in 3 years,robinhood,robinhood app,how to make passive income,passive income ideas,investing for beginners,investing 101,          bank failures
#cancelrent #rentstrike
In the coming months, there's going to be a wave of defaults within 6 to 8 months that will make 2009 look like a blip.
Melden 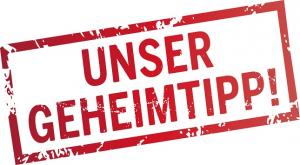