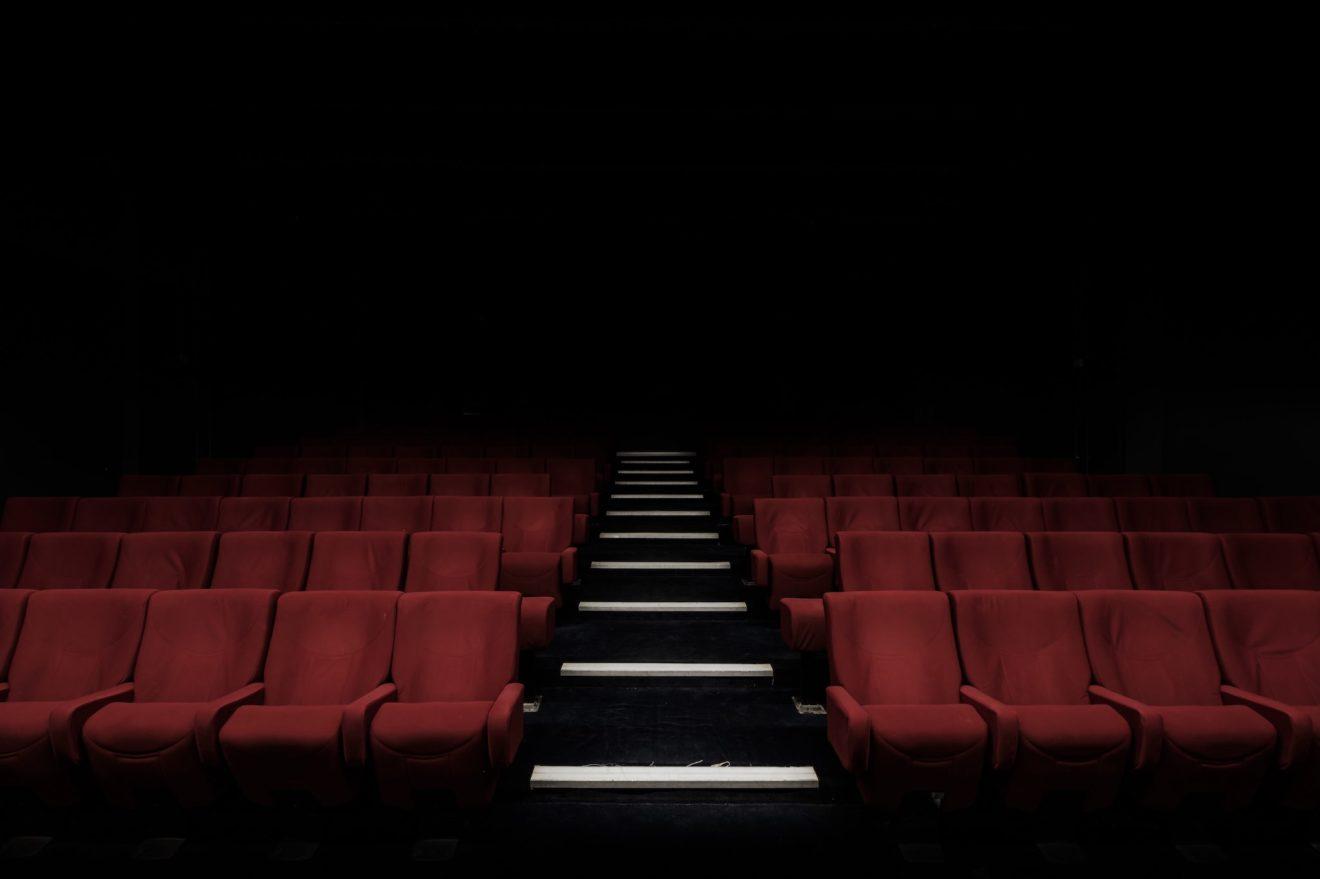 "I only buy stocks that have CEO's that are in handcuffs. How can I be sure that this is true for NKLA ?"

PHOENIX – October 20, 2022 -- Nikola Corporation (Nasdaq: NKLA), a global leader in zero-emissions transportation and energy supply and infrastructure solutions, today issued the following statement highlighting key elements of the Inflation Reduction Act (IRA), signed into law by President Biden this past August. The legislation supports every aspect of Nikola’s integrated truck and energy business model from the development of zero-emissions vehicle technology through and including low-cost hydrogen production and dispensing infrastructure deployment.
“The energy and climate investments included in the IRA are anticipated to help accelerate our strategic initiatives and drive new growth opportunities,” said Michael Lohscheller, President, Nikola Corporation. “Given the expected scale of our hydrogen business model, and our early mover advantage, we believe Nikola is ideally positioned to benefit from nearly every aspect of the legislation at a scale ahead of current industry participants. The Act is expected to provide significant benefits to Nikola through production and investment tax credits, direct pay provisions, and other incentives that are expected to lower the cost of hydrogen, dispensing infrastructure and trucks for Nikola and our customers. The legislation is projected to enable Nikola and our strategic partners to create more jobs, play a key role in the transition to a low carbon economy, and build on our leadership position in zero-emission transportation.”

Nikola’s energy business model supports the needs of truck customers who require low carbon hydrogen supply and dispensing stations to support the adoption of fuel cell electric vehicle (FCEV) fleets. The IRA, when combined with other state-based incentives, such as the California Low Carbon Fuel Standard (LCFS), will reduce the overall cost of hydrogen production and dispensing. The required scale of hydrogen supply and dispensing infrastructure for the heavy-duty sector does not yet exist, and Nikola believes the IRA will help support its development activities as the Company and its partners take a leading role in building this critical infrastructure – enabling more sales of zero-emission vehicles (ZEVs) and creating additional value to Nikola’s future energy business.

Nikola and its strategic partners are working to build a large-scale hydrogen supply and dispensing infrastructure business to support Nikola’s truck customers, as well as third-party demand. Specifically, this business aims to develop access of up to 300 metric-tons per day of hydrogen supply and up to 60 hydrogen dispensing stations by 2026, with significant growth plans over the decade. Several of these infrastructure projects are actively underway, including a hydrogen production hub in Arizona, which will be engineered to produce 30 metric-tons per day in its first phase, and will scale up to 150 metric-tons per day upon completion, which will help to support adoption of Nikola’s trucks and hydrogen demand in regional markets including California. Nikola has made progress in advancing the development of this hub and have recently acquired a land parcel in Buckeye County, Arizona on which the hub will be located. With the land now secured, the permitting and rezoning process, as well as the procurement of long-lead equipment, has begun. This hub, when completed, will allow Nikola to supply its dispensing infrastructure in regional markets, including California

These and several other hydrogen production and infrastructure projects planned across the country are expected to benefit from the incentives provided by the IRA, including the following IRA Clean Energy Production, Investment and Carbon Management Tax Credits:

The Clean Hydrogen Production Tax Credit (45V) provides up to $3.00 per kilogram of hydrogen produced. The tax credit is a direct pay source of revenue for the first five years of a facility’s production.

The Carbon Sequestration Credit (45Q) has been extended and expanded and provides up to $85 per metric-ton of carbon, which equals up to $1.00 per kilogram, that is captured and sequestered. This benefit adds a financial incentive to Nikola’s planned hydrogen supply projects that will use advanced technologies, such as those being implemented by WVR, to capture carbon.

The extension of existing energy Investment Tax Credits (48) promotes the development of renewable electricity projects that provide zero-carbon electricity used in the production of hydrogen via electrolysis.

The addition of a technology neutral energy Investment Tax Credit (48D) will benefit various critical parts of the hydrogen manufacturing process, including hydrogen storage, by up to 30% of the eligible investment.

Nikola has begun to implement its hydrogen dispensing station development program in California and announced three station locations in August 2022. Additional stations across the U.S. are in progress and are expected to be announced in the near future. These projects are anticipated to benefit Nikola through the application of the IRA’s incentives for hydrogen supply and dispensing station infrastructure development.

The Alternative Fuel Refueling Property Credit (30C) supports Nikola’s plans to build with its partners up to 60 dispensing stations by 2026. This provision promotes station development by offsetting the cost of construction for up to $100,000 per dispensing equipment item. When considered against the cost of a station, this could provide a significant reduction in cost.

The IRA benefits for dispensing infrastructure, when combined with state hydrogen dispensing incentive programs such as California’s Low Carbon Fuel Standard (LCFS), will allow low carbon hydrogen to earn an additional $1.00 - $2.00 per kilogram of hydrogen dispensed into a Nikola Tre FCEV, depending on the market-based demand for an LCFS credit. With LCFS, the price of hydrogen becomes significantly more cost competitive compared to costly diesel prices in the state. Oregon and British Columbia have enacted similar programs, and Canada (federally) and Washington will begin programs in 2023 and 2024, respectively, making these areas key targets as first movers to adopt the technology.

Nikola’s vehicle and components production is expected to benefit from provisions of the IRA that will reduce the cost of vehicle manufacturing and accelerate customer acquisition.

The expansion of Nikola’s Coolidge manufacturing facility may benefit from an up to 30% Advanced Energy Project Credit (48C) through a $10 billion grant for advanced energy projects that expand manufacturing facilities for the production of heavy-duty battery-electric vehicles (BEVs) and FCEVs.

Nikola may benefit $10 per kilowatt hour from the Advanced Manufacturing Production Credit (45X) for producing battery modules for BEVs and FCEVs, in the event Nikola produces battery modules in-house.

Together, these incentives are expected to provide value across Nikola’s integrated truck and energy business model by driving down the production costs of low carbon hydrogen, reducing infrastructure costs for the construction of hydrogen dispensing stations, and reducing the cost of ownership of a Nikola FCEV to be competitive on a total cost of ownership basis with traditional diesel vehicles.

About Nikola Corporation
Nikola Corporation is globally transforming the transportation industry. As a designer and manufacturer of zero-emission battery-electric and hydrogen-electric vehicles, electric vehicle drivetrains, vehicle components, energy storage systems, and hydrogen station infrastructure, Nikola is driven to revolutionize the economic and environmental impact of commerce as we know it today. Founded in 2015, Nikola Corporation is headquartered in Phoenix, Arizona. For more information, visit www.nikolamotor.com or Twitter @nikolamotor.

was laberst du? arg im Minus, oder was?
Melden