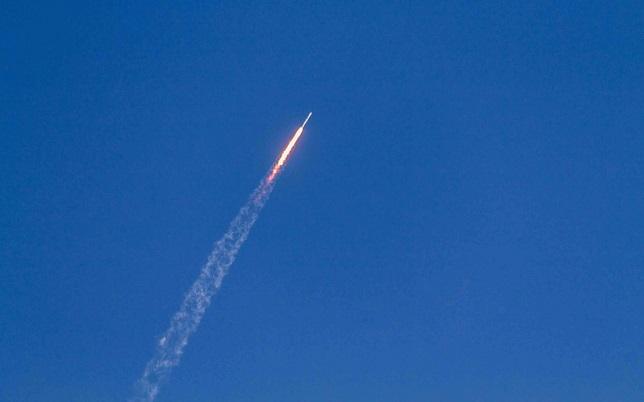 BAGHDAD - US forces launched a big offensive in Iraq’s Diyala province on Tuesday as part of a major new countrywide push against Sunni and Shia militants announced this week.

The military said 16,000 US and Iraqi troops were involved in Operation Lightning Hammer against Sunni Arab Al Qaeda militants in Diyala province, the fertile crescent of the Diyala River, which flows from the north into the Tigris near Baghdad.

US and Iraqi soldiers initiated the operation with a late-night air assault, they said. The operation’s focus is to target militants who fled an earlier crackdown in the provincial capital Baquba into the river valley north of the city.

“Al Qaeda cells were disrupted and forced into hiding ... in June and July,” Major-General Benjamin Mixon, commander of US troops north of Baghdad, said in a statement. “Our main goal with Lightning Hammer is to eliminate the terrorist organisations ... and show them that they truly have no safe haven — especially in Diyala.”

The operation was described as part of a larger countrywide Operation Phantom Strike, which US forces announced on Monday.

They have so far given few details of Phantom Strike. But US military offensives over recent months have been under way in the Tigris and Diyala valleys north of Baghdad and in the Euphrates valley south of the capital.

The United States has sent an additional 30,000 troops to Iraq this year and moved them from large bases into small bases in neighbourhoods in an effort to reduce sectarian violence in the capital and the surrounding provinces.

US forces say they have had success, especially against Sunni Arab militants who were their main enemies for the first three years after the fall of President Saddam Hussein in 2003.

But they have faced increasing violence from Shia militia, who they say have ties to Iraq’s Shia Muslim neighbour Iran.
www.khaleejtimes.com/...niraq_August82.xml&section=focusoniraq
Melden

...Taking advantage of concentrated forces in Diyala province, Lightning Hammer’s
goal is to target al-Qaeda elements that fled from Baqouba into the outlying regions
north of Diyala’s capital city.In addition to the thousands of Soldiers and their ISF counterparts participating in Lightning Hammer, attack helicopters, close-air support, Bradley Fighting Vehicles and tanks compliment the combined effort.
In addition to 3-1 Cavalry Division, elements of the 3rd Brigade, 25th Infantry
Division; 3rd Brigade, 82nd Airborne Division; 3rd Brigade, 2nd Infantry Division; 4th Brigade, 2nd Infantry Division and 25th Combat Aviation Brigade are also conducting operations in support of Lightning Hammer.
Elements of the 4th and 5th Iraqi Army Divisions, along with Iraqi Police units from Diyala province are teamed with Coalition Forces in a majority of Lightning Hammer
operations.“The Iraqi Army and Coalition Forces are committed to the people of Diyala, they are committed to fighting for the Iraqi people’s security,” Mixon said..
www.mnf-iraq.com/...=com_content&task=view&id=13342&Itemid=128
Three Task Force Lightning Soldiers died as a result of injuries
sustained from an explosion near their vehicle while conducting operations in Ninewah
Province, Monday.

All content on MNF-Iraq.com is public domain and may be used freely  LOL
Melden

Angry mourners marched through the slum

US FORCES launched a big offensive in Iraq with an overnight airborne assault targeting al-Qaeda guerrillas, part of a major new countrywide push.The Americans also raided Baghdad's Shi'ite slum of Sadr City targeting militants they said are linked to Iran.US and Iraqi soldiers started the operation with a late-night air assault. Its focus was militants who fled an earlier crackdown in the provincial capital Baquba.